Why video game developer, New World Interactive, picked Calgary over Toronto for new studio. As city aims to diversify economy, it’s hoped game developers will be part of the story.

As hungry as Calgarians are for any good news about economic development in their city these days, it’s not often that it causes much of a stir on social media.

It was a different story this week though when U.S. video game developer New World Interactive (NWI) announced it had chosen Calgary as the home for its new Canadian studio.

Within moments, the news was excitedly circulating Twitter. Some 130 people crowded a bar for a town hall meeting with the company’s president on a weekday evening. NWI is looking to hire about 15 people initially in Calgary.

“We’re wildly excited to be here,” Keith Warner told CBC News prior to Wednesday’s event, explaining how the firm visited several cities before choosing Calgary as their new location.

“When I left Toronto, I said to the gentleman at the economic development department there, I said, ‘We’re coming to Toronto unless Calgary blows me away.’ Guess what? We’re coming here.” 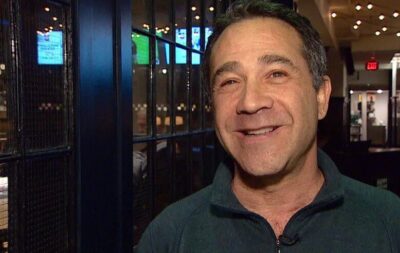 Keith Warner, president of New World Interactive, speaks to CBC News about why the U.S. video game firm chose Calgary as the location for its new studio. (Monty Kruger/CBC)

Founded in 2010, NWI is headquartered in Denver, Colorado, with a European office in Amsterdam.

It isn’t a gaming colossus like Ubisoft or Electronic Arts, but the developer has made its mark with two successful first-person-shooter titles, Insurgency and Day of Infamy.

Its latest — Insurgency: Sandstorm — recently debuted on P.C., with a console release coming in 2019.

The privately owned company, which has 36 team members worldwide, is poised to open its Calgary office in the inner-city neighbourhood of Inglewood on May 15. Warner has been thrilled with response, including hundreds of e-mails.

“If I’d announced in Toronto I’m going to have 50 people, I might have been lucky if I got a yawn — and, by the way, good luck finding space and good luck to my guys getting a livable place at a reasonable cost,” he said.

Though NWI expects to take on 12 to 15 people in Calgary to start, it hopes to ultimately quadruple that figure.

Some of that could depend on the level of financial support available through government programs aimed at helping businesses like theirs, Warner said, including the Opportunity Calgary Investment Fund.

“Obviously the size of this is not hundreds of people … but it’s significant because this is our first gaming company,” said Megan Zimmerman of Calgary Economic Development (CED).

“New World is a big enough company in the gaming industry that they’ll be able to work with us on potentially attracting others that will come to Calgary.” 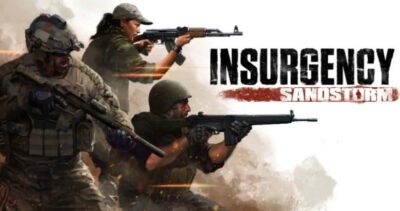 Insurgency: Sandstorm is the latest release from New World Interactive, a U.S. video game developer that has chosen Calgary as the location for its new Canadian studio.

Calgary has leaned on the oil and gas sector for decades, but there’s an intensifying effort to broaden the economy.

Peter Hemminger, executive director of the not-for-profit Quickdraw Animation Society, feels news like NWI’s was overdue for the city but he’s excited about the potential.

“It’s surprising in the sense that the established industry in Canada is very much in Montreal, Vancouver and you have BioWare up in Edmonton — that’s also a massive player in that industry,” he said.  “When you’re moving here [to Calgary] you’re really pioneering it. But at the same time there is a huge amount of talent here.”

Animators are a key part of game development and Hemminger says a strong a sector would keep more talent here.

“This will be huge for just building a community around digital art in Calgary in general,” he said.

CBC spoke with NWI’s Warner about the company’s ambitions and its plans for Calgary. The interview has been edited for length and clarity. 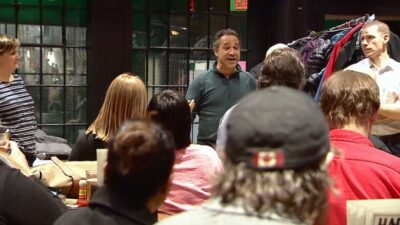 Keith Warner, president of New World Interactive, speaks in Calgary after the U.S. video game developer announced it was adding a new office in the city. (Monty Kruger/CBC)

So why Calgary? And why now?

We decided to come into Canada to look for facilities and to move our people from around the world. And after visiting multiple cities, we decided Calgary had the best quality of life, the most embracing and open arms for a studio, and opportunity for our people, and the climate that was conducive to what we are trying to build.

Do you think you have enough of the right people here, or will you need to recruit from elsewhere?

At first my thought was there aren’t going to be the right people here but I do think … that there is a pretty good population of potential candidates. It’s unknown. So we’ll go through the process of evaluating. Our preference is to hire locally, then after that nationally. And if we have to, we’ll go outside of the country, but we prefer not to.

How many people do you need?

Moving target. Right now we know we’re going to be bringing in between 12 and 15 people. And we do have some intention to ramp that substantially. It’s going to be somewhat contingent upon municipality, provincial and also national incentives and support, all of which we are working on at this time. But we do think we’re going to have a pretty big footprint here ultimately.

What kind of people are you looking for?

Developers in all functional areas, from level designers to game-play programmers to UI developers, character animators, character artists, even a few support people in marketing and related-type areas.

How big is the potential for the Calgary operation will be?

Those are moving targets I don’t have an answer for. I do think it is possible that this version, which we’re calling Version 2.0 of New World, could potentially be in the neighbourhood of 50 or 60 people in Calgary. But I think that the reach will go far beyond that. Far, far beyond that.

Do you think Calgary is the kind of place where this industry can grow?

We do. We think it’s a great community and it’s got a lot of support and we actually think there’s a lot of latent opportunity here both with people, investment and creativity.

How does Calgary fit with the NWI’s broader goals?

We plan to bring a lot of people here for many reasons, not the least of which is immigration into this country is more favourable than it is into the United States. And so that alone was part of the impetus but the incentives that are available, the desire to grow and diversify the community here, those are all reasons why we’re coming here.