Over 164 Million U.S. Adults Enjoy Playing Video Games. A new study reveals that 65% of U.S. adults enjoy video games and many Americans are playing games for recreation as well as stress relief and other benefits, the Entertainment Software Association revealed in a press release Thursday.

The study, titled “2019 Essential Facts About the Computer and Video Game Industry” shows the changing public perception of video games and how integrated the medium is into everyday life. The study was conducted by the Entertainment Software Association, a US trade association.

“Over 164 million adults in the United States play video games, and three-quarters of all Americans have at least one gamer in their household,”

according to the study’s foreword.

“It’s now more important than ever to understand who America’s video game players really are and what’s driving them.”

The gamer’s surveyed: 78% say that games provide a form of stress relief and relaxation, and 79% say they provide mental stimulation, according to the report.

The breakdown of gamers is diverse, with the average age at 33, and females are representing a growing portion of US gamers, at 46%, according to the study.

The study also looked at how parents and families are interacting with games. The majority of parents surveyed said they pay attention to what games their children are playing, at 90%, and 57% of parents say they play games with their children on a weekly basis. While 87% of parents say they’re aware of ESRB ratings, 98% of those aware are “confident” about the accuracy of the ratings given. Further, 49% of parents surveyed limit the amount of time that their kids play games, which was more than other activities such as browsing the internet (40%) or using social media (34%). 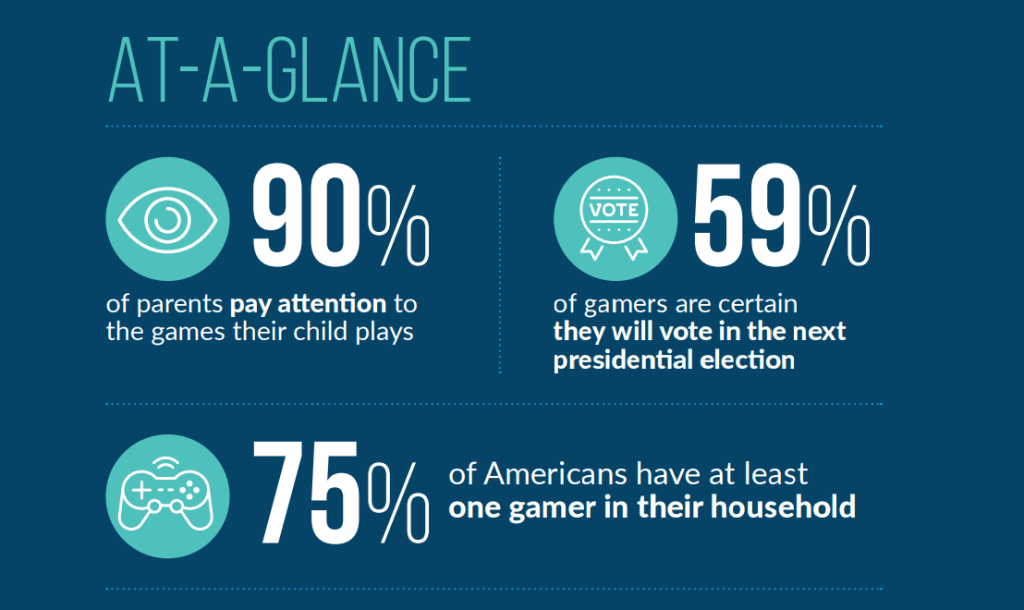 In terms of consumer choices, price is the biggest influence, at 66%. This isn’t too surprising, considering the popularity of mobile games— many of which are free to play with optional purchases. On that note, 49% of gamers said that they made a micro-transaction purchase in the past year. When deciding what games to purchase, 39% said YouTube videos are useful. User reviews, professional reviews, and streaming follow. 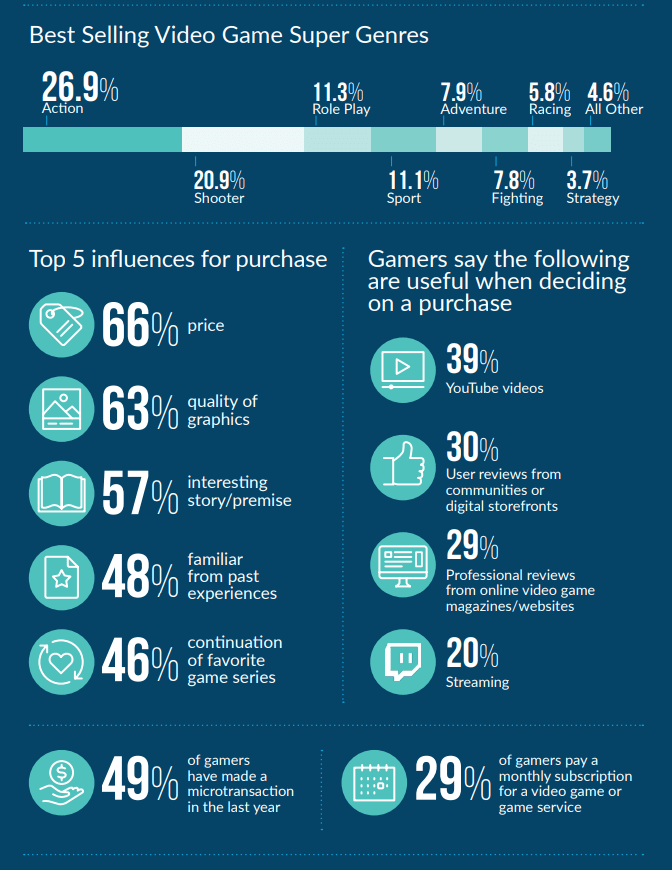 for video games in the press release.

“[Video games] are the leading form of entertainment in American culture,”

“They enhance our interconnected experiences and relationships with one another and redefine the intersection between humans and technology. Americans play video games to have fun, relieve stress, learn, and spend time with family. This innovative form of entertainment touches on every part of society and improves how we play, work, and live.”

The study also looked at other areas of gamers’ lives, including civic engagement and other hobbies. Of those surveyed, democrat was the most common political affiliation at 37%, and 59% of gamers are “certain that they will vote in the next presidential election.” In terms of hobbies, 56% are more likely to have a creative hobby like drawing or writing, compared to 49% of average Americans.

What is Unity3D?(Opens in a new browser tab)

What is a Shortcode in WordPress?(Opens in a new browser tab)