New Raspberry Pi challenger promises 7x the speed at 2x the price, with Android 9 Pie, USB 3.0, 4K video. The Odroid-N2 single-board computer should be one of the fastest sub-$100 computers available.

The new Odroid-N2 single-board computer was revealed today, with specs that promise to make it one of the fastest sub-$100 computers available.

The long-awaited replacement to last year’s cancelled Odroid-N1 is built around a system-on-a-chip (SoC) designed for high-end Android TV appliances, the Amlogic S922X.

These newer Arm Cortex A73 processors promise better sustained performance, as they are able to run at their 1.8GHz top speed for longer periods without being throttled to reduce temperatures when under heavy load, thanks to being manufactured using a 12nm process technology.

In tests, the board’s makers Hardkernel show the CPU running about 7x faster than a Raspberry Pi 3 across several benchmarks, although they don’t specify whether it’s a Model B or the slightly faster Model B+. It should also outperform recently announced boards based on the Rockchip RK3399 chipset, such as the Rock Pi 4. 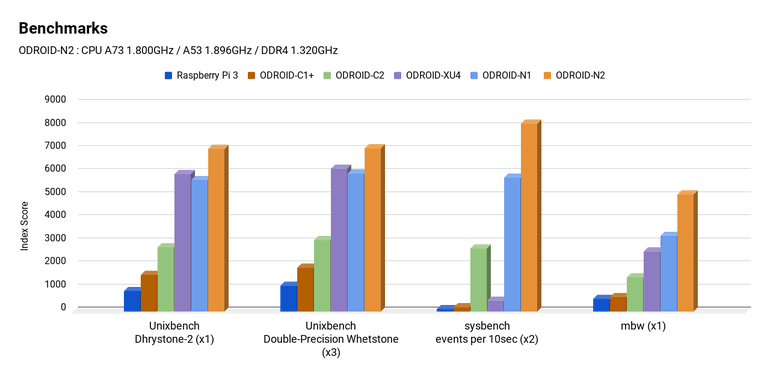 As with most single-board computers, the Odroid N2 is a board for developers working on software and hardware projects, but has a wide range of potential uses, including as a media center, file server or even as an everyday computer.

The Odroid-N2 trumps the specs of the Raspberry Pi 3 Model B+, using far faster DDR4 memory clocked at 1320MHz and offering up to 4GB RAM, four times that of the Pi’s flagship board.

For storage, you can add up to 128GB eMMC Flash via a module connector, alongside the Odroid’s microSD card slot. The Odroid can also boot from on-board SPI memory instead of uSD memory or eMMC cards and a real-time clock allows it to wake up at a set time.

The board offers a 40-pin header for hooking it up to other electronic hardware, with various improvements over earlier Odroid boards, including a faster SPI bus interface with a maximum frequency of more than 150MHz.

The Odroid-N2 runs the Ubuntu 18.04 LTS operating system, which will be officially supported until January 2023, with Hardkernel saying it has a hardware-accelerated video decoder ready for the Odroid-N2 that can play 4K H.265-encoded video at 60FPS.

Android 9 Pie is also ready to run on the board, and Hardkernel says it will release a full source code BSP and pre-built image soon.

Unlike many single-board computer makers, Hardkernel has a good reputation for providing stable operating system images for its boards. The company says it is continuing to work on a 64-bit Android system with Vulkan capable GPU driver, as well as a Linux Wayland driver for Ubuntu 18.04. There is no X11 GPU driver due to Arm no longer supporting the X11 Window System on the type of GPUs used on the Odroid, although Hardkernel says it hopes the Panfrost open-source driver can be ported to the board “soon”.

As usual, however, the Raspberry Pi remains the easiest board for novice users to get started with, due to the strength of its community, the wealth of user guides and tutorials, and broad suite of supported operating systems and software.

The Odroid-N2 is also around double the price of the flagship Raspberry Pi 3 Model B+, costing $63 for 2GB version and $79 for the 4GB model. It will go on sale from late March and ship from early April, with no plans to accept pre-orders. 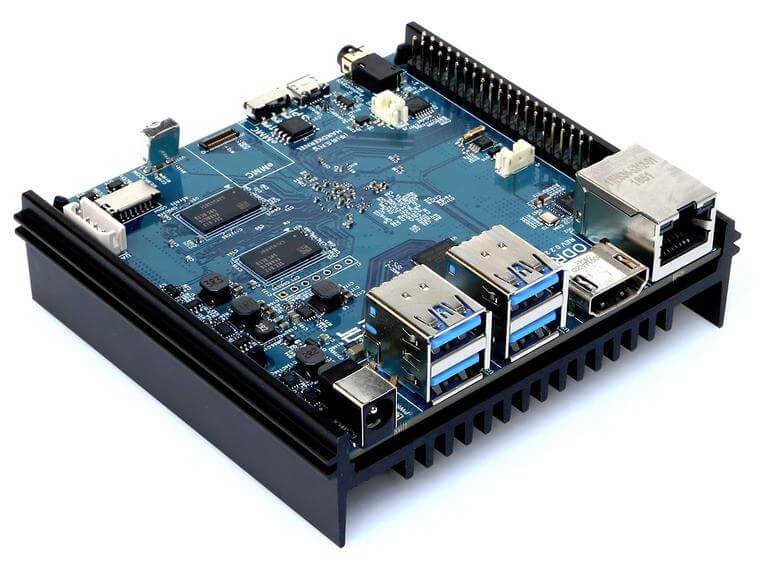