Skip to content
You are here: Home » Blog » Tech News » Microsoft’s PowerToys make a return in Windows 10, but this time it’s open source
Previous Next

Microsoft’s PowerToys make a return in Windows 10, but this time it’s open source

Microsoft’s PowerToys make a return in Windows 10, but this time it’s open source.

Many of you are hearing the name for the first time and it’s fine. PowerToys is a set of utilities which was introduced by Microsoft first in Windows 95. This was to let users modify some of the trickiest settings without having any knowledge about Windows Registry. PowerToys has FindX, TweakUI, Quick Res, and many other great tools back in the days. Microsoft introduced a version two of the PowerToys with the release of Windows XP and that’s the end.

After 17 years Microsoft is thinking of introducing you can say a version three to Windows 10 users. One of the interesting things about the version three of the tool is that it is open source and you can access all the codes on GitHub.

Microsoft is currently working on two tools – Maximize to new desktop widget, and the Windows key shortcut guide but the plan is to make 10 more such useful tools, all will be releasing this summer. The 10 tools that Microsoft is considering developing are:

PowerToys is a set of utilities for power users to tune and streamline their Windows experience for greater productivity.

The first preview of these utilities can be installed from here. 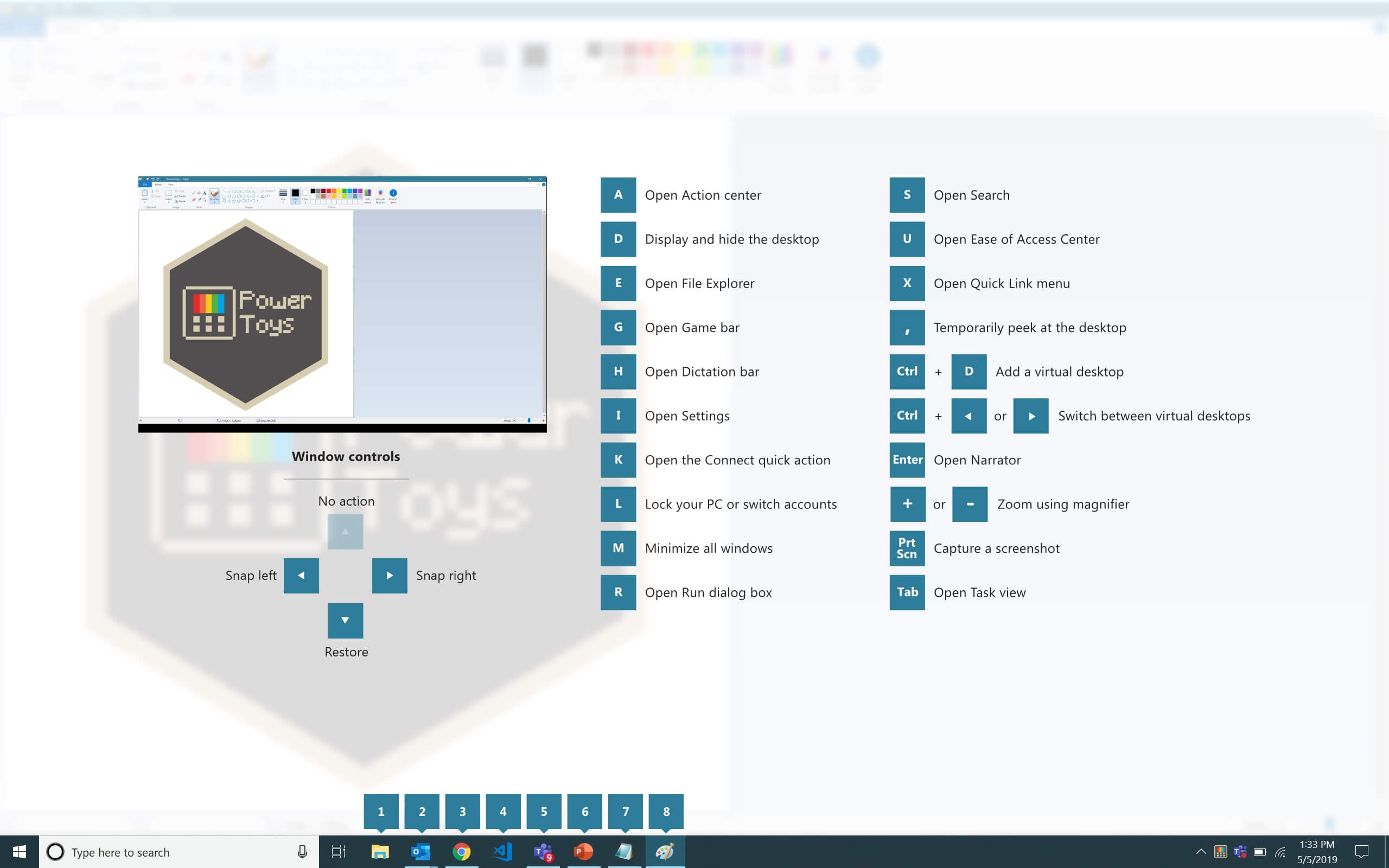 Additional utilities in the pipeline are:

Top Tools for Ethical hacking in 2020

Should I buy a Dell Alienware laptop?

Windows 10 gets Arch Linux, one of the trickiest distros around

How do I activate my Windows 10? and rid myself of the watermark in the bottom right hand side?

What is Kodi or XBMC?

How to open and use the Terminal app on a Mac computer, with a few basic commands

Basic PowerShell commands that every Windows 10 user should know