Security researchers say they found evidence that a Chinese government-linked hacking group has been bypassing two-factor authentication (2FA) in a recent wave of attacks.

The attacks have been attributed to a group the cyber-security industry is tracking as APT20. Believed to operate on the behest of the Beijing government. Dutch cyber-security firm Fox-IT said in a report published last week.

and even something as niche as gambling and physical locks.

The Fox-IT report comes to fill in a gap in the group’s history. APT20’s hacking goes back to 2011, but researchers lost track of the group’s operations in 2016-2017, when they changed their mode of operation.

Fox-IT’s report documents what the group has been doing over the past two years and how they’ve been doing it.

According to researchers, the hackers used web servers as the initial point of entry into a target’s systems, with a particular focus on JBoss, an enterprise application platform often found in large corporate and government networks.

APT20 used vulnerabilities to gain access to these servers, install web shells, and then spread laterally through a victim’s internal systems.

While on the inside, Fox-IT said the group dumped passwords and looked for administrator accounts, in order to maximize their access. A primary concern was obtaining VPN credentials, so hackers could escalate access to more secure areas of a victim’s infrastructure, or use the VPN accounts as more stable back-doors.

Fox-IT said that despite what appears to be a very prodigious hacking activity over the past two years, “overall the actor has been able to stay under the radar.”

They did so, researchers explain, by using legitimate tools that were already installed on hacked devices. Rather than downloading their own custom-built malware, which could have been detected by local security software.

But this wasn’t the thing that stood out the most in all the attacks the Dutch security firm investigated. Fox-IT analysts said they found evidence the hackers connected to VPN accounts protected by 2FA.

How they did it remains unclear; although, the Fox-IT team has their theory. They said APT20 stole an RSA SecurID software token from a hacked system, which the Chinese actor then used on its computers to generate valid one-time codes and bypass 2FA at will.

Normally, this wouldn’t be possible. To use one of these software tokens, the user would need to connect a physical (hardware) device to their computer. The device and the software token would then generate a valid 2FA code. If the device was missing, the RSA SecureID software would generate an error.

The Fox-IT team explains how hackers might have gone around this issue:

The software token is generated for a specific system. But of course this system specific value could easily be retrieved by the actor when having access to the system of the victim.

As it turns out, the actor does not actually need to go through the trouble of obtaining the victim’s system specific value, because this specific value is only checked when importing the SecurID Token Seed, and has no relation to the seed used to generate actual 2-factor tokens. This means the actor can actually simply patch the check which verifies if the imported soft token was generated for this system, and does not need to bother with stealing the system specific value at all.

In short, all the actor has to do to make use of the 2 factor authentication codes is to steal an RSA SecurID Software Token and to patch 1 instruction, which results in the generation of valid tokens. 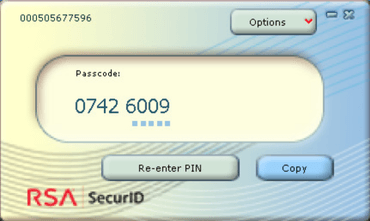 Fox-IT said it was able to investigate APT20’s attacks. Because they were called in by one of the hacked companies to help investigate and respond to the hacks.

More on these attacks can be found in a report named “Operation Wocao.”

The Dutch company said it named the report “Wocao”. After a response the Chinese hackers had after they’ve been detected and booted out of a victim’s network.

In the screenshot below, you can view APT20 trying to connect to a (now-removed) web shell they installed on a victim’s network.

The hackers try running several Windows commands. When the commands fail to execute, APT20 hackers understand they’ve been detected and thrown out of the network, and they type one last command in frustration — wocao, which is the Chinese slang for “shit” or “damn.”

City of Toronto data at risk of cyber attack: report