Let us get right to business. Depending on the application, purpose, and data. These variables will determine what sorting algorithms will be used.

For simplicity sake, we will be using the computer programming language Microsoft Visual Studio – VB.NET available for free from Microsoft.com website.

So, what is it we are doing?

Again, for simplicities sake let us go with number 4.

Sort an array of numbers using the bubble sort algorithm.

A display of past winning ticket.

The next question, what is the Bubble Sort Algorithm? & Why?

What is the Bubble Sort Algorithm & Why?

Bubble Sort is the simplest sorting algorithm that works by repeatedly swapping the adjacent elements if they are in the wrong order.

Bubble sort, sometimes referred to as sinking sort, is a simple sorting algorithm that repeatedly steps through the list, compares adjacent pairs and swaps them if they are in the wrong order.

The algorithm, which is a comparison sort, is named for the way smaller or larger elements “bubble” to the top of the list.

Although the algorithm is simple, it is too slow and impractical for most problems even when compared to insertion sort. Bubble sort can be practical if the input is in mostly sorted order with some out-of-order elements nearly in position.

Due to its simplicity, bubble sort is often used to introduce the concept of a sorting algorithm.

In computer graphics, it is popular for its capability to detect a very small error (like the swap of just two elements) in almost-sorted arrays and fix it with just linear complexity (2n).

For example, it is used in a polygon filling algorithm, where bounding lines are sorted by their x coordinate at a specific scan line (a line parallel to the x-axis) and with incrementing y their order changes (two elements are swapped) only at intersections of two lines.

So why the bubble sort?

The bubble sort for this particular case is for a small set of numbers and it is very practical and easy to do as our number set is only 7 numbers to be sorted.

The VB.NET code for the Bubble sort algorithm

If you would rather not install Microsoft Visual Studios Community Edition for free on your computer and would just rather compile online, remember when using the online compiler you cannot make Windows Forms SDK programs. With the online compiler, you can only compile console like applications. Try JDoodle for online VB.NET compiling. 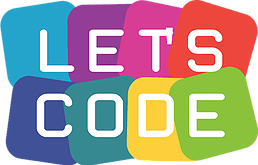 Below is an embedded Jdoodle VB.NET Console Application of the Bubble sort algorithm code shown above. Feel free to change the numbers around and see how the algorithm is able to sort the numbers every time in less than 1 second.

If you used Microsoft Visual Studios Visual Basic.NET you should get similar results as the output shown in the image below. 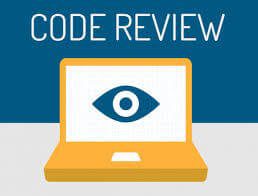